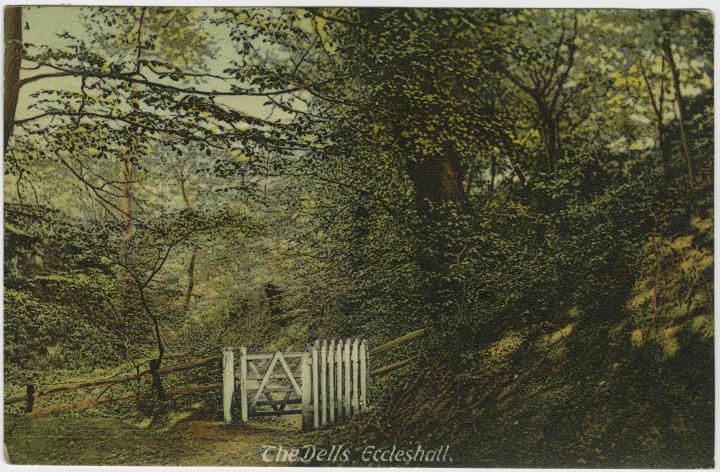 What’s in a Name?

The word Eccleshall translates as “the church” (ecles) on the land or sheltered place (halh).

​The “Eccles” part is derived from the primitive Welsh word “ecles”, which originally came from the Latin “ecclesia”. This means church or body of Christians and indicates there could have been an early Celtic church settlement here. Possibly on the site that the ancient Holy Trinity church stands now. 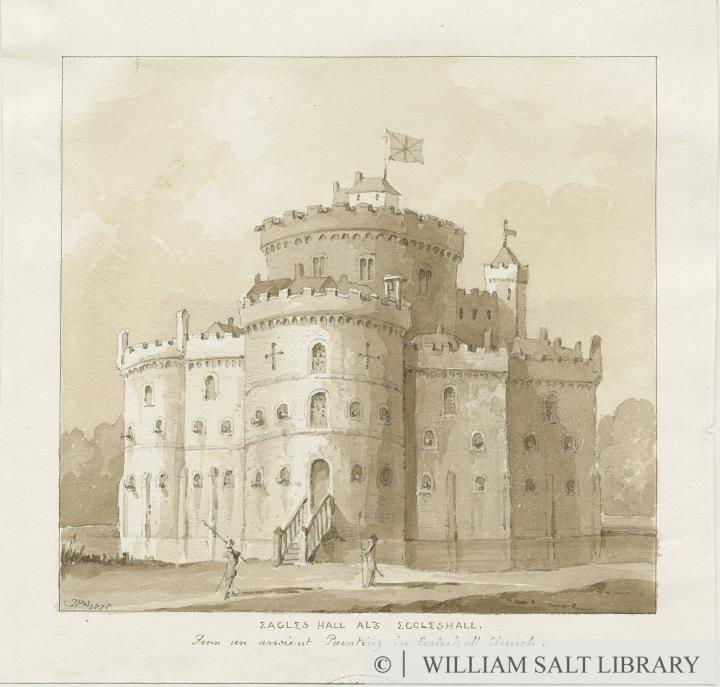 The History of Eccleshall

Eccleshall’s history goes back at least a thousand years, being mentioned in the Domesday Book in 1086. There is also some evidence for Roman and even late prehistoric human activity.

​In 1153 it was granted the right to hold a weekly market, allowing farmers to sell their produce and developed into an important town for the local people.

​Eccleshall was given a charter to hold an annual fair in 1259 and in 1305 a castle was built here, of which only the ruins now remain. It was built by Bishop Langton, who later became the chancellor of England.  The castle was involved in the War of the Roses, when it became a base for the Lancastrian Queen Margaret of Anjou before and after her defeat at the Battle of Blore Heath in 1459.

​In 1643, during the Civil War, the castle was besieged by Parliamentary forces encamped around the nearby, ancient Holy Trinity church. Their guns caused major damage to its walls and when they finally took the castle they found that the bishop had died of a heart attack and most of the defenders were either drunk or had gone into town drinking in the taverns!  There is even a local legend about a secret tunnel that exists in the cellar of the Royal Oak pub in the town centre, that may have helped some of the Royalists escape!

​In the 18th century, the town became an important stopping point for coaches due to its position on the main London to Chester road. This led to the town prospering and leather and shoemaking industries sprung up and continued to thrive for the next 300 years.

​Victorian Eccleshall saw the creation of many private boarding schools, of which Eagle House was the longest-running (see our section on the houses’ history for more info).   These schools made the Town well known far and wide but they had disappeared by the first world war.

The town has seen significant expansion since the mid-20th century.  Eccleshall has now become a popular and beautiful Market Town with its strong agricultural roots remaining and remnants of its history to be found around every corner.

Why all the Eagles?

As well as Eagle House, there is the Eagle Inn, just down the road. Eccleshall FC’s emblem is an Eagle, as is the local cricket and rugby team’s and the junior football club are called the “Eccleshall Eagles” and play at Eagles Park.

There is an eagle permanently perched on top of the old market hall on the High street and soon there will be a statue of an Eagle coming to the town. So what’s the connection?

It seems the Victorians may have started the Eagle craze in Eccleshall. In 1817 William Pitt from Wolverhampton wrote a book titled ‘A topographical history of Staffordshire’ in which he claimed that that Eccleshall was so named because the Roman army passed through the area around 60 AD under the leadership of General Vespasian who was serving Emperor Nero. Pitt claims that the General ordered the Roman Standard (an Eagle) to be kept here (building a settlement) and built a temple to Jupiter where the church now stands. Eccleshall was then called ‘Eagles Hall’.

There is no sign of an “Eagle’s Hall” in the area today and although Vespasian did invade Britain, he stuck mostly to the southwest and it is unknown if he came to Staffordshire. This was also in AD 43  Not AD 60 and under the Roman Emperor Claudius, not Nero, who came later. So there is some doubt regarding Pitt’s account.  Having said that, there lies in the William Salt Library in Stafford, a Sepia drawing entitled ‘Eagles Hall Al’s Eccleshall. From an ancient Painting in Eccleshall Church‘, by Thomas Peploe Wood, 1838. It shows a fairy tale castle, complete with crenellations, turrets and a moat. Whether Mr Peploe faithfully copied this drawing from one he viewed in the church or was inspired by the writings of Mr Pitt and perhaps local folk tales is anyone’s guess. Since then, Eagles have been popping up all over the town including the naming of our house.

Victorian fancy or the faded memory of a faded empire, you decide.